Design and construction in collaboration with Bottega Design

Stefano Pesenti, one of the top seven collectors of Queen memorabilia in the world, reached out to us because he had the dream of opening a pizza restaurant that could also be a meeting place for lovers of the famous English band and that could give them the chance to get a closer look at his wonderful collection consisting of tickets, posters, records, t-shirts and jackets that belonged to Freddy Mercury, purchased through online auctions and recovered thanks to his friendship with Peter Hince, former Queen roadie technician. In collaboration with Bottega Design we immediately felt close to our hearts the design of such a special place and we oriented ourselves towards a well-defined concept: the venue had to represent the band, but it also had to highlight the memorabilia, putting it on display in the best possible way. The colors and materials chosen take inspiration from the renowned party for Freddy Mercury's 39th birthday in Munich, in 1985, with black and white contrasts and red accents. And so the floor is laid in a checkerboard pattern, the columns and bathroom walls are painted red and the whole space is made elegant by its dark ceiling functioning as a hiding space for the various technical systems. The counter that closes the kitchen and houses the bar area has a dark front on which several antique looking frames stand out tying it together with the furnishings of the private room inspired by Bohemian Rapsody. Every detail of the place wants to pay homage to Queen (even the man / woman signs in the bathrooms!) and we have no doubt that it will unite all fans around a delicious pizza. 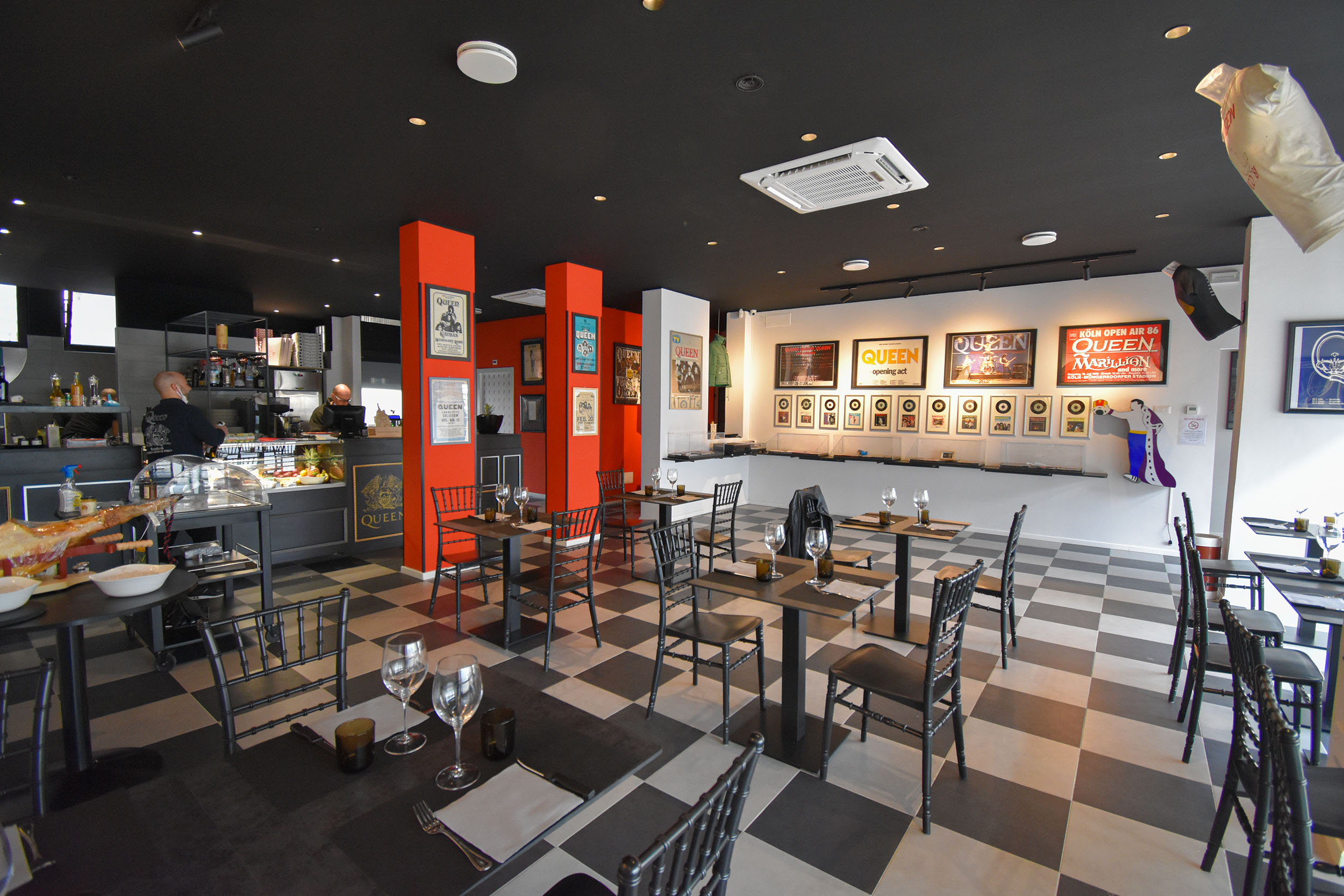 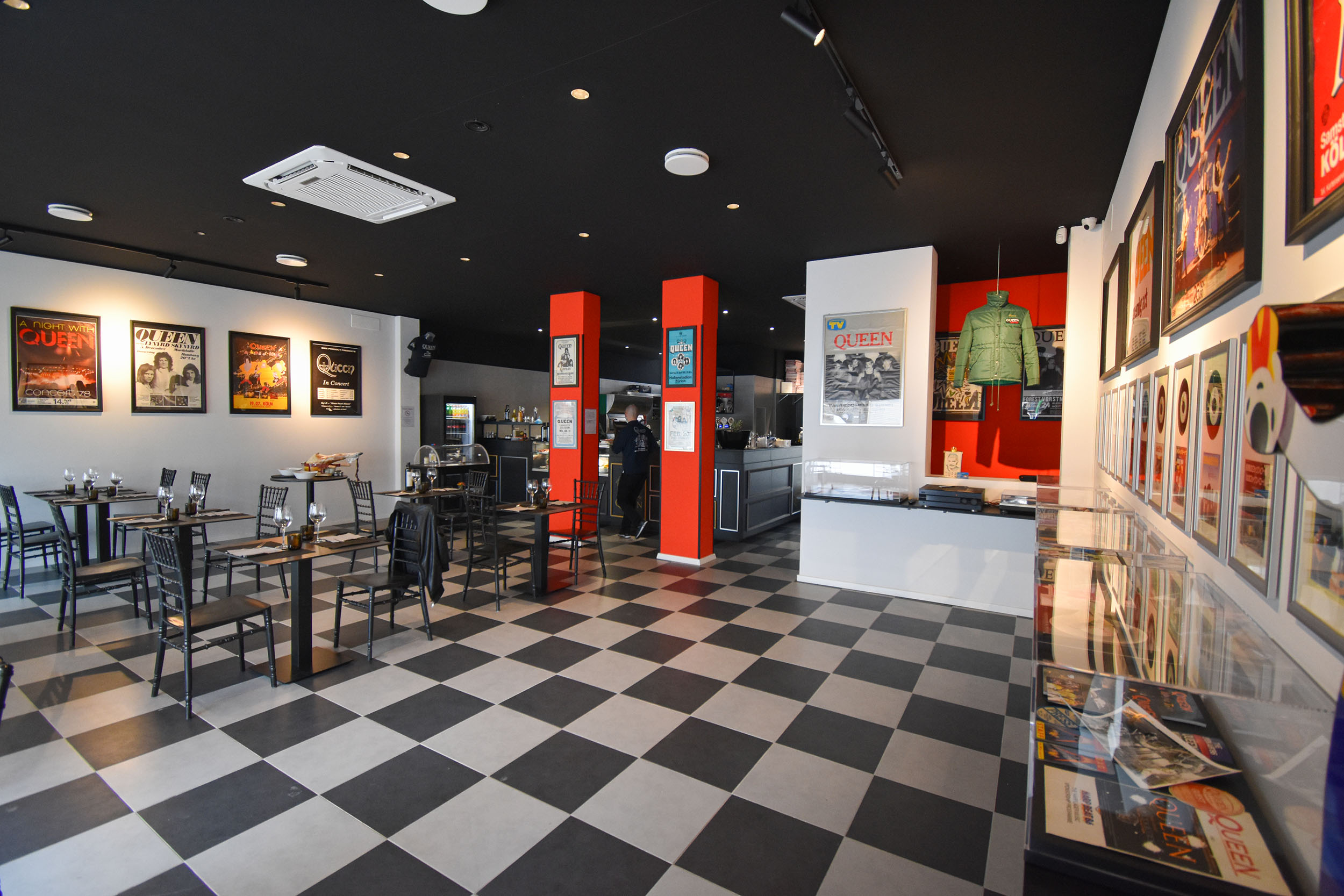 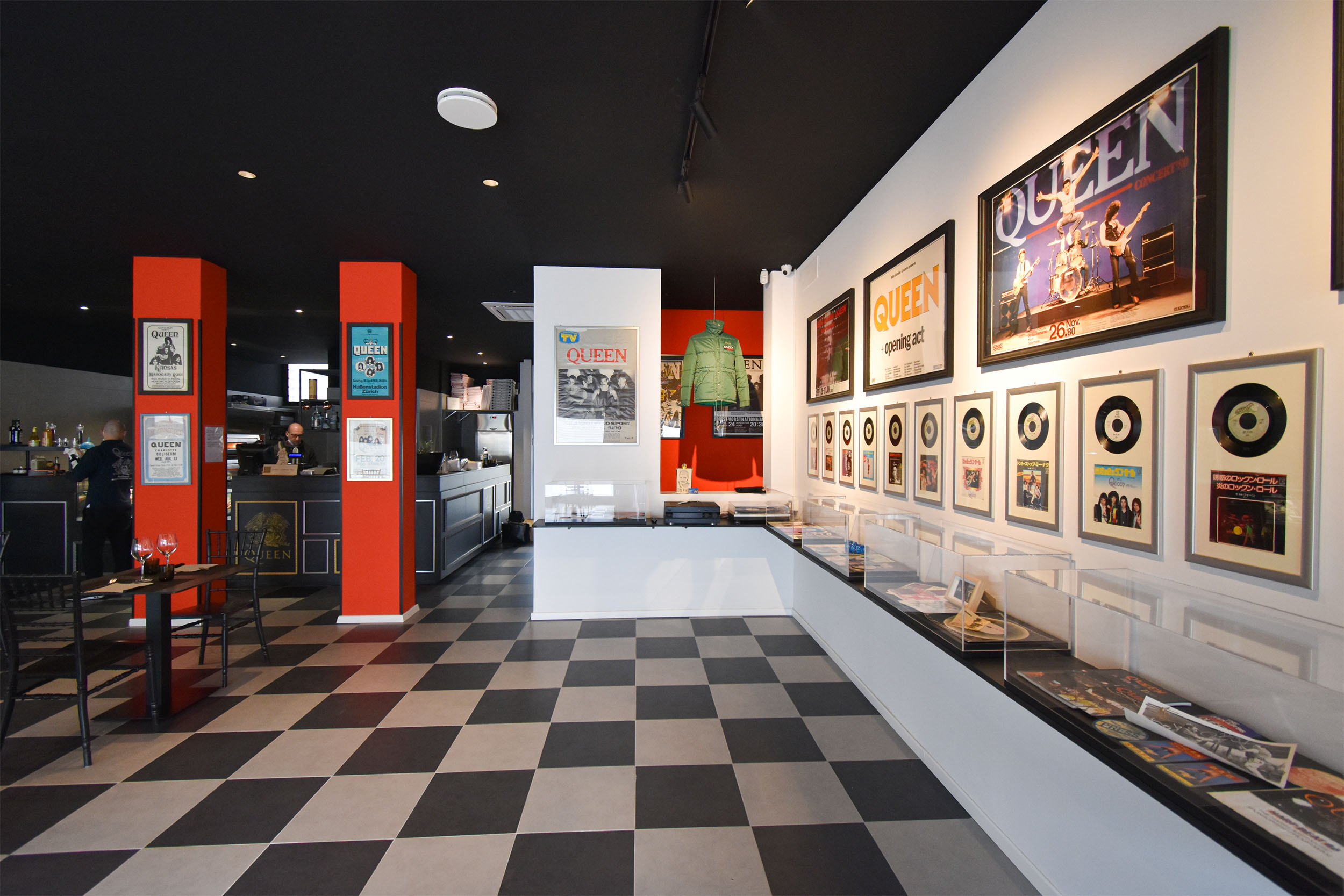 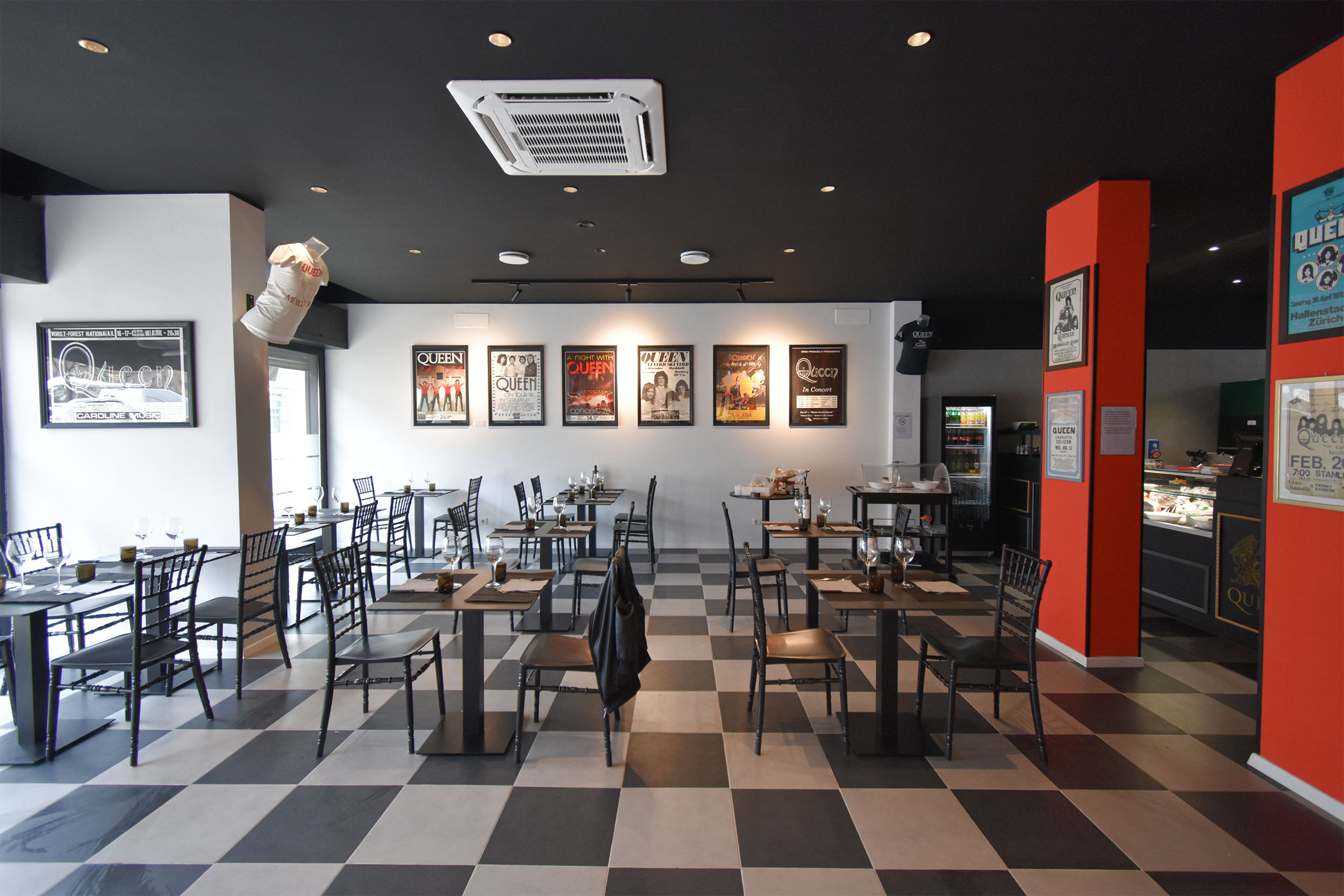 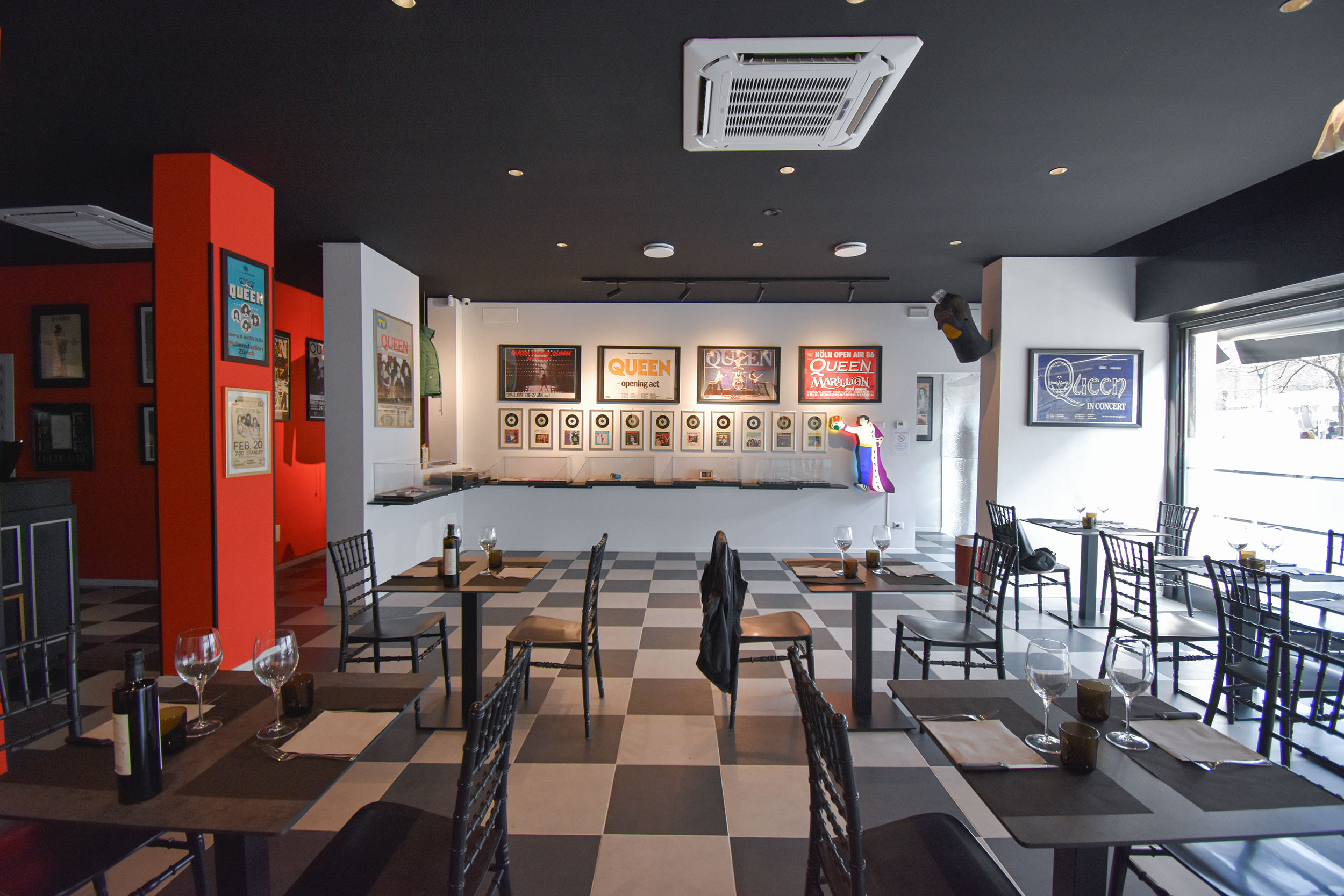 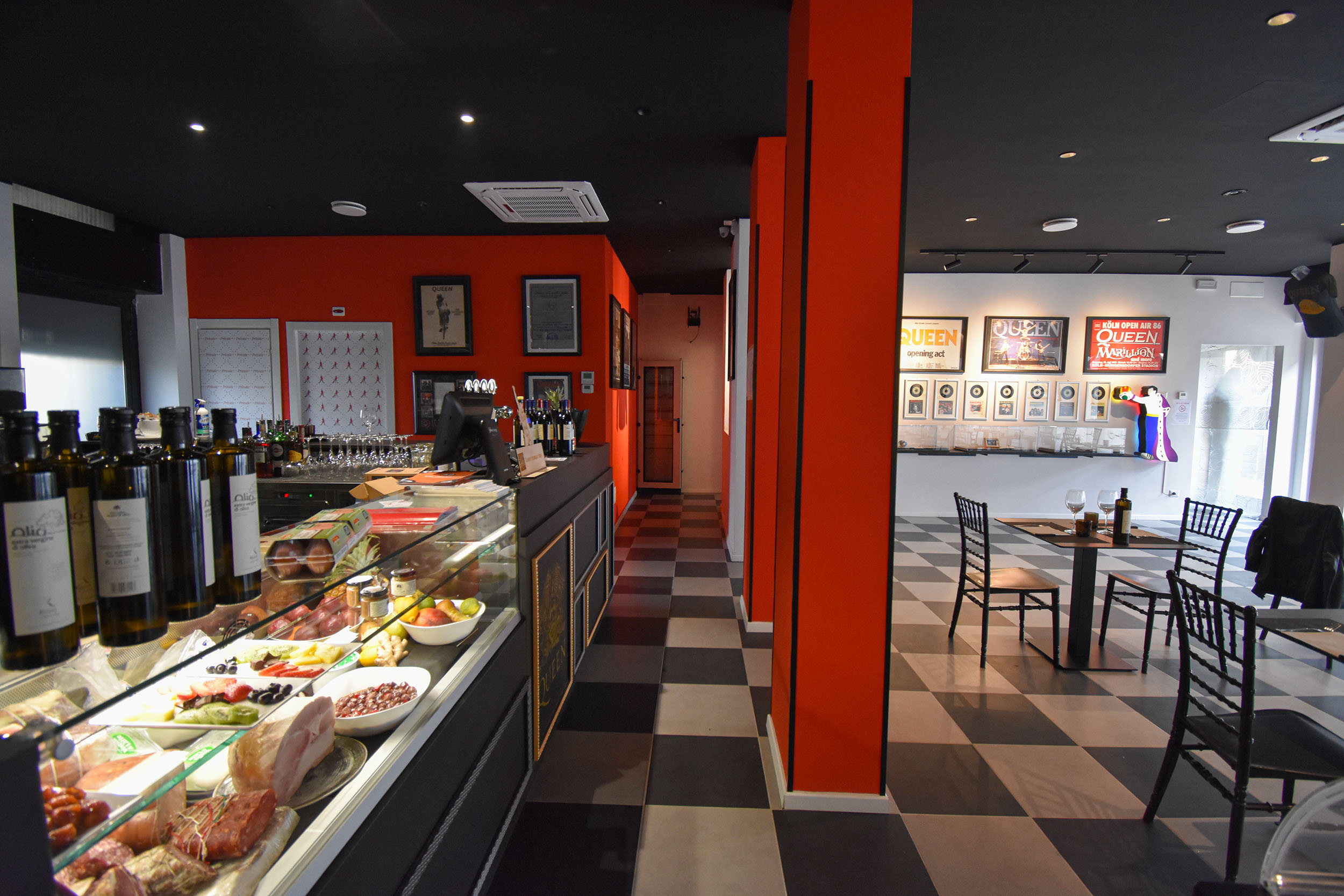 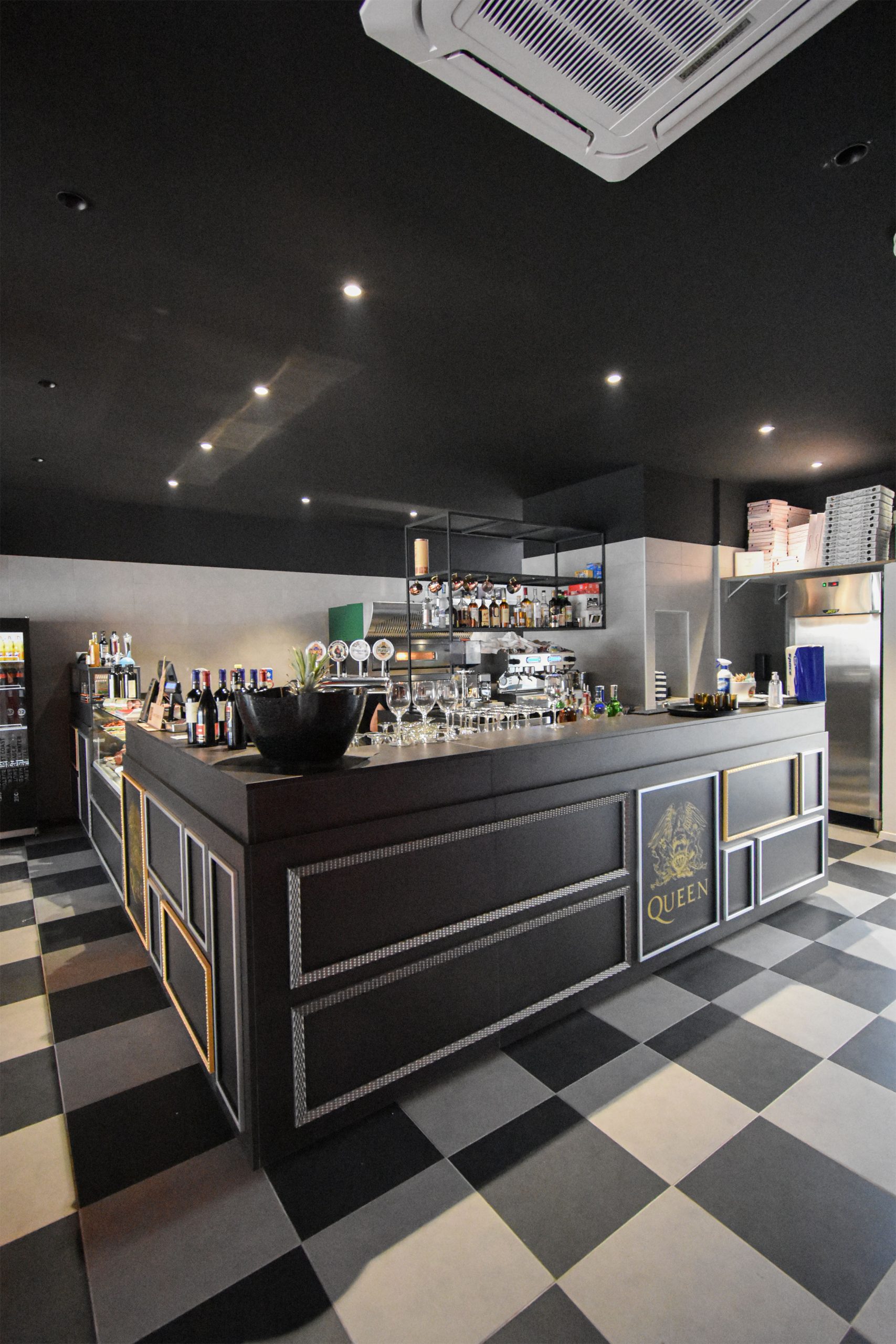 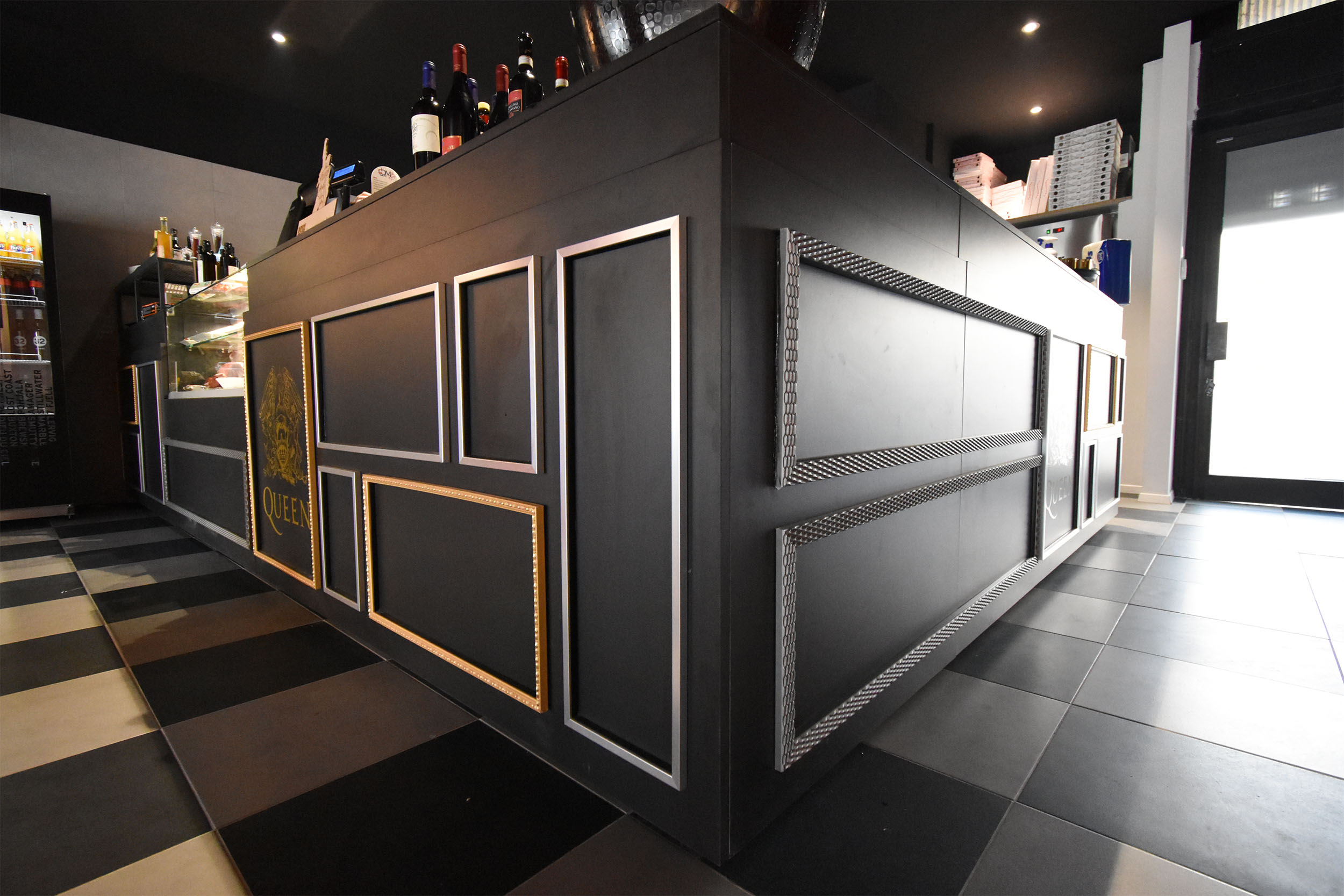 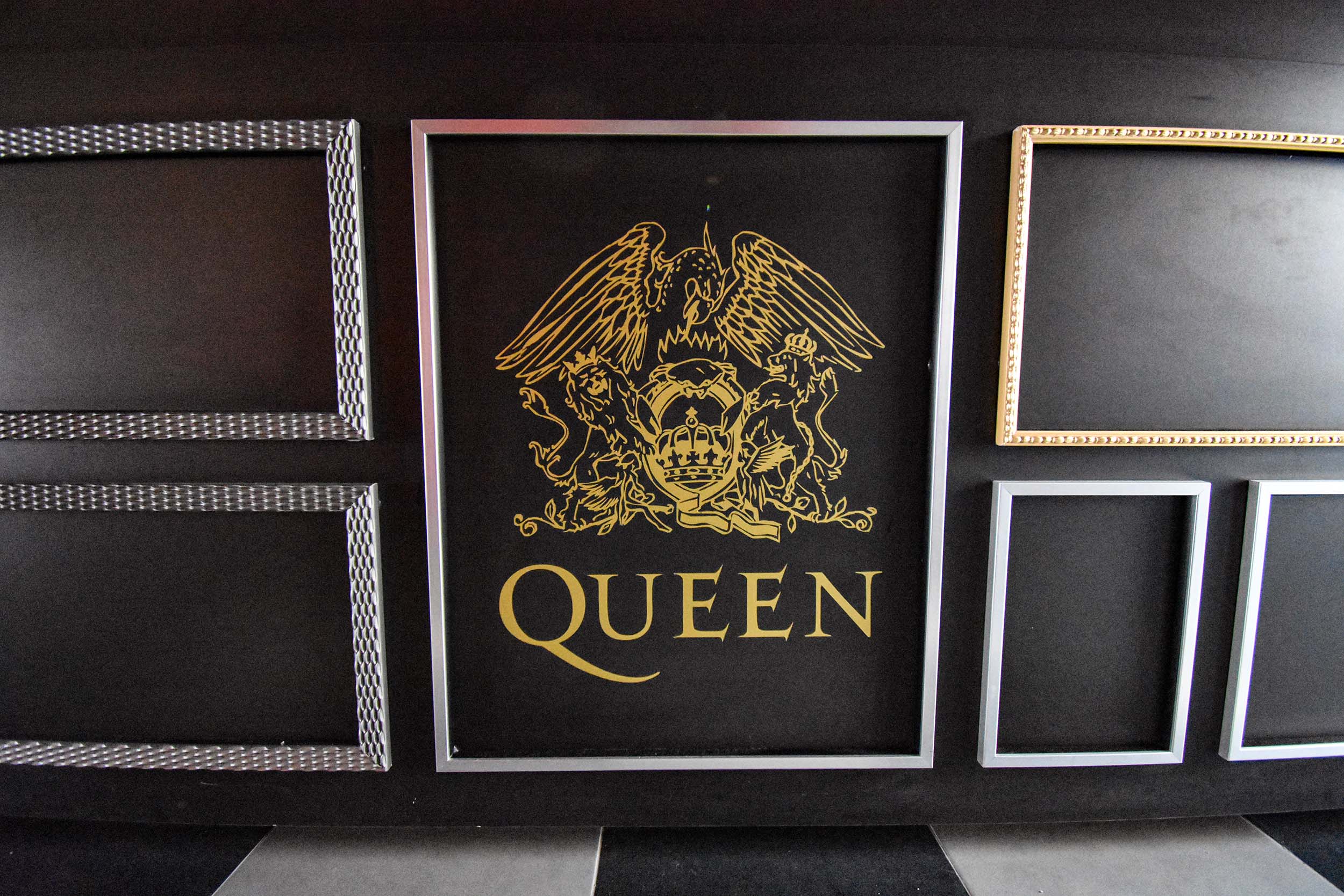 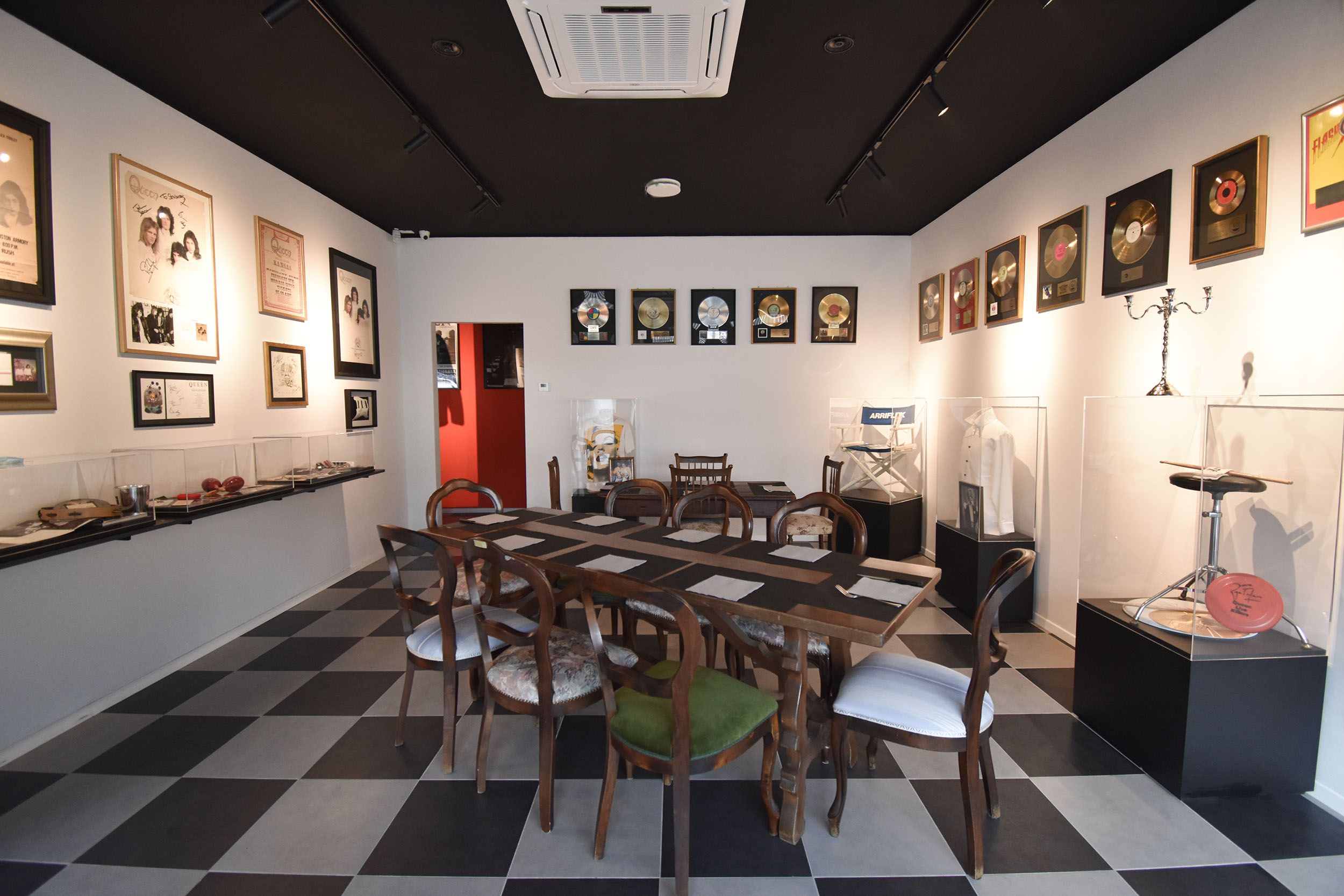 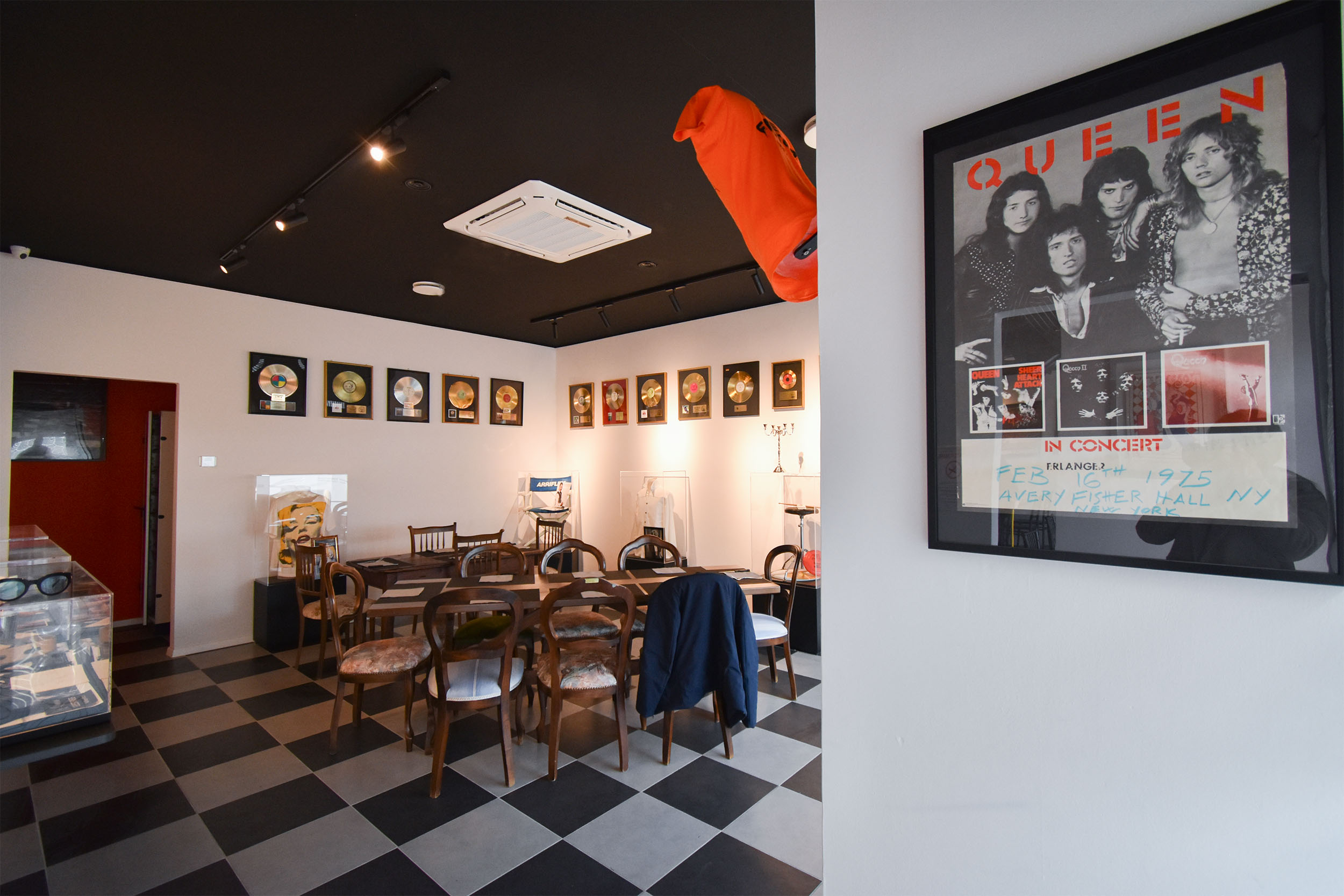 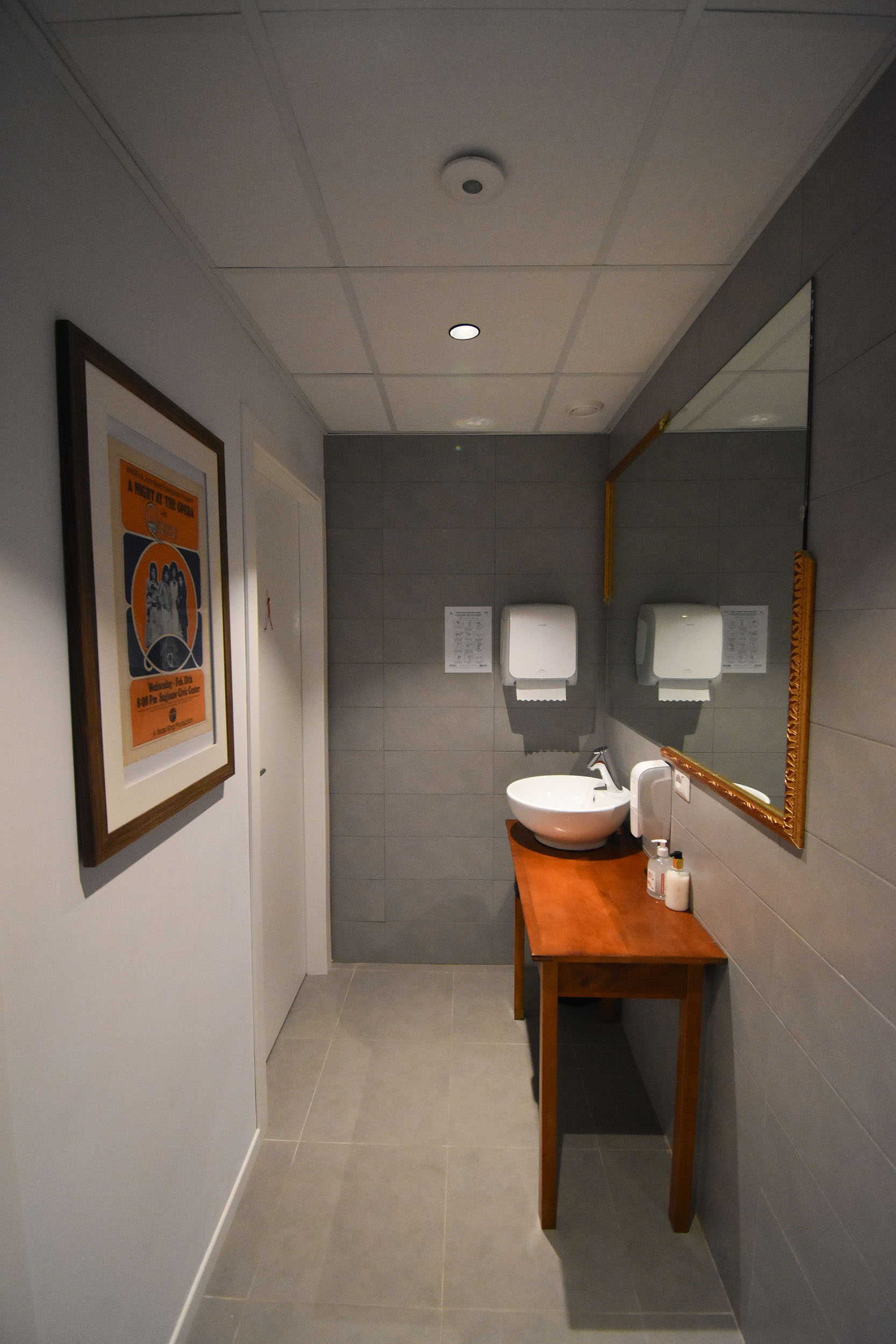 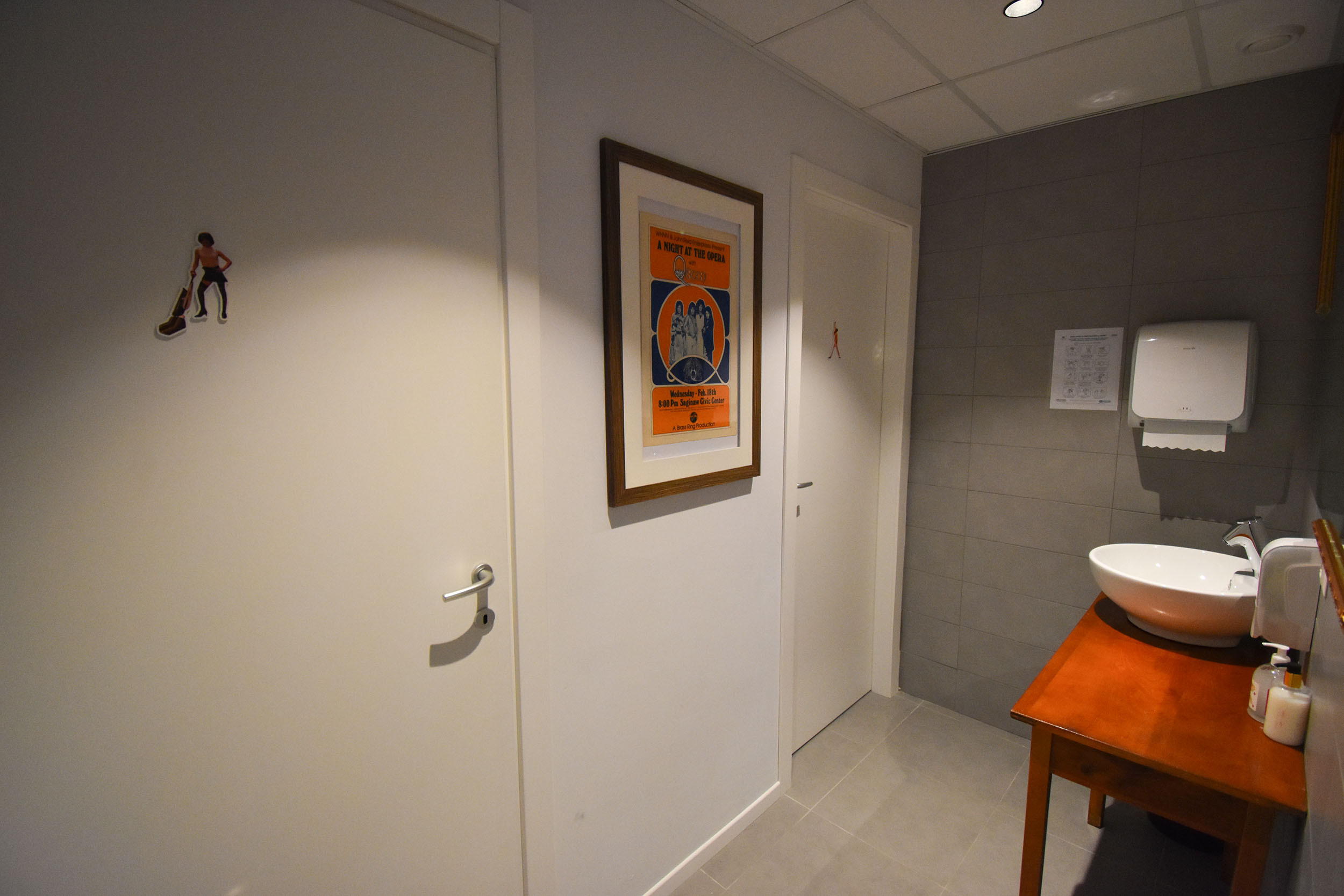 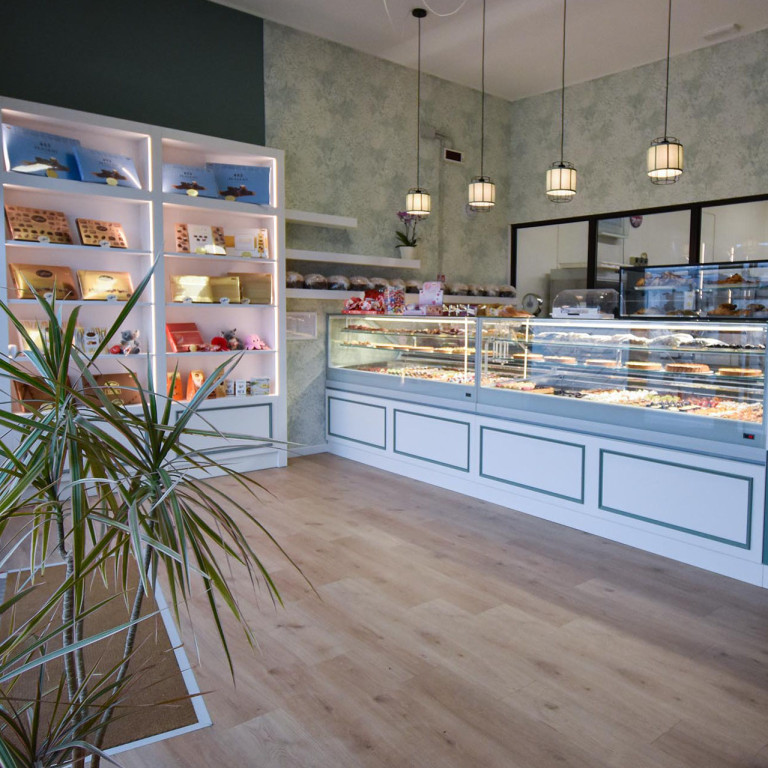 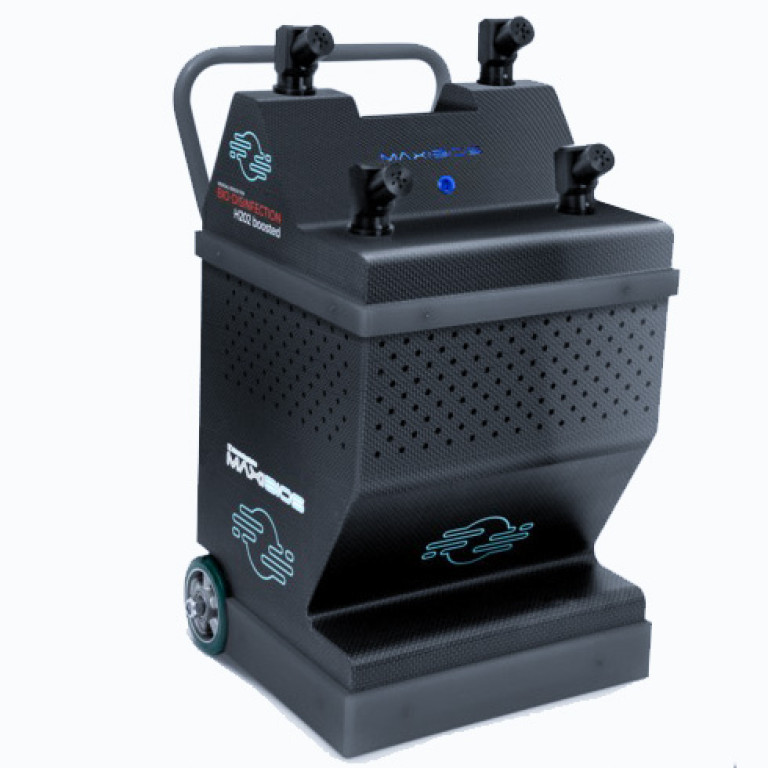 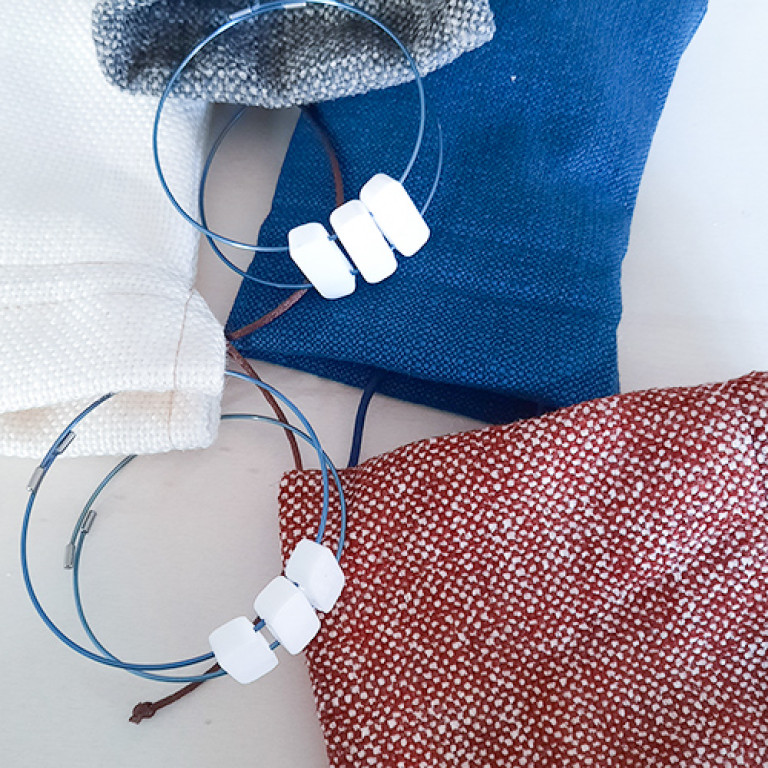 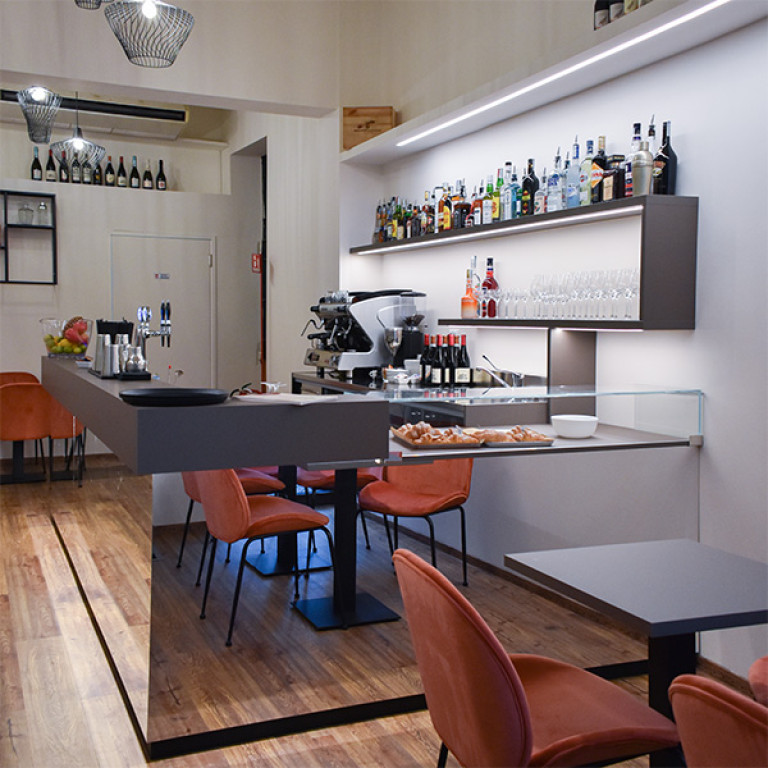